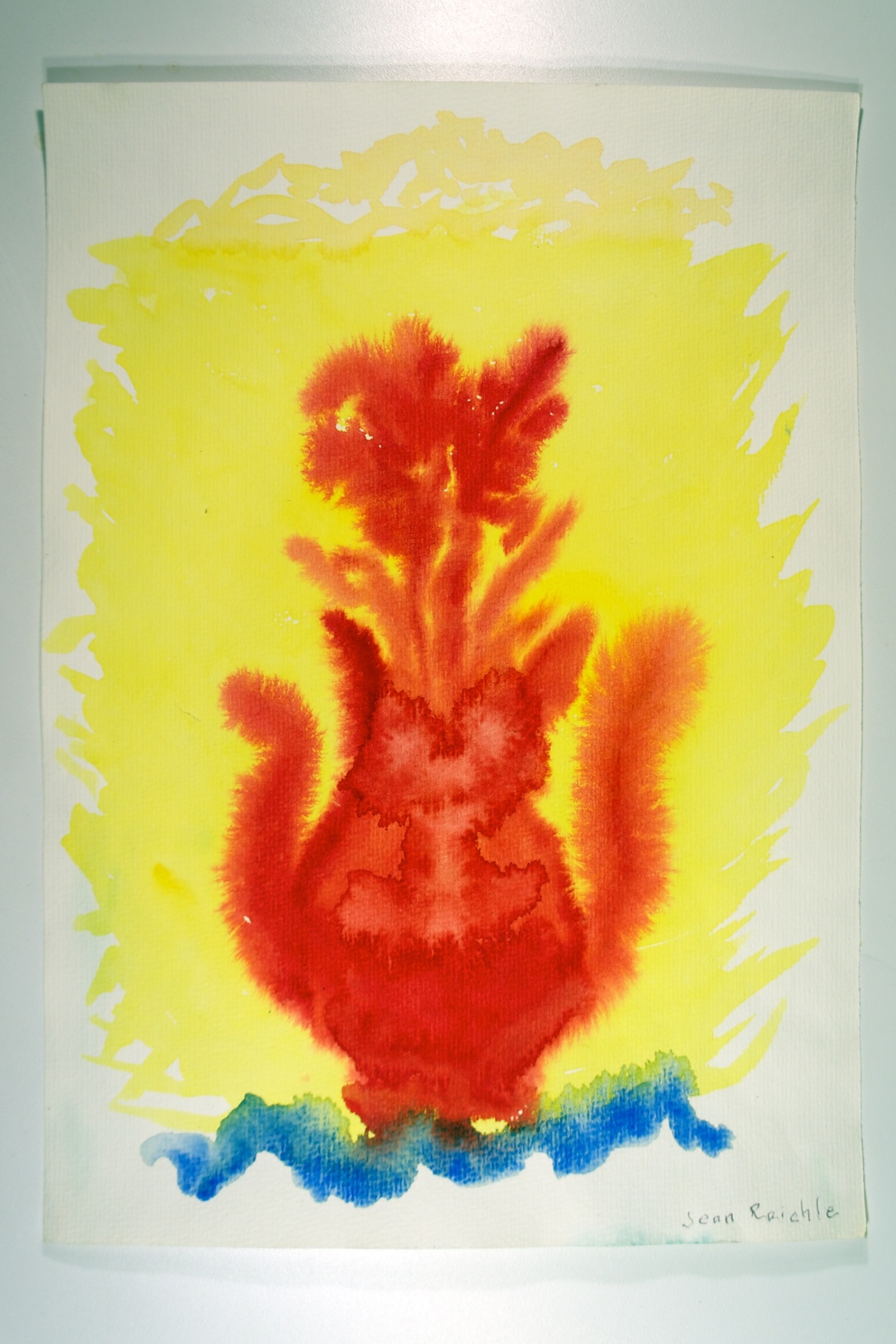 You never know when the fog will lift.  If there is one thing I can rely upon, it’s that Mom will not remember anything I say…except once last summer.  I called her after a long day spent toiling in the garden.  It was a wonderful conversation.   She was totally engaged—laughing, asking questions, not pulling away as she so often does…in retreat  to the safety of her private thoughts.  After about 20 minutes—which is a very long conversation for us—I told her I would see her the next day.  She told me not to work too hard and we said good-bye.

The next day, I arrived at Horizon House about 1 pm for Mom’s painting class.  The nurses were thrilled to see me.  “ Thank God you’re here.  She has been looking for you since 7:30 this morning.”   Amazing!  She had been searching for me in other residents’ rooms, making phone calls (those must have been very interesting conversations) and was very, very worried.   When  I walked into her room, she was sitting by the phone looking at a list of phone numbers.  She  took one look at me and heaved a huge sigh of relief, saying, “Oh, thank goodness.   I have been looking for you everywhere.”

I’m not quite sure what triggered this.  I’d like to think that it was because I was so wildly entertaining the night before but whatever it was, something connected on a very deep level.   I’ve taken care not to make similar promises on the off chance that she might remember but so far it hasn’t happened again.

Unlike today.  A virus has been running through Assisted Living and she has been under the weather.  No solid food for two days.

She was very confused.  I’m not sure if she knew who I was but she was absolutely certain that several people had been in her room this morning—including her brother and my father—both long deceased.  She was definitely remembering something that happened more than 10 years ago.   I kept asking questions and tried, unsuccessfully,  to follow her narrative.  We hugged a lot.  At one point she made a very unusual announcement.

“I think I’m going to get married again.”

“The same person,” she grinned, meaning Dad.  Whatever she and Dad had discussed in the morning, it certainly was leaving a lasting impression.

She will no doubt return to normal soon but I suspect she’d rather stay in the past with Dad.

I’ll be glad to have her back.